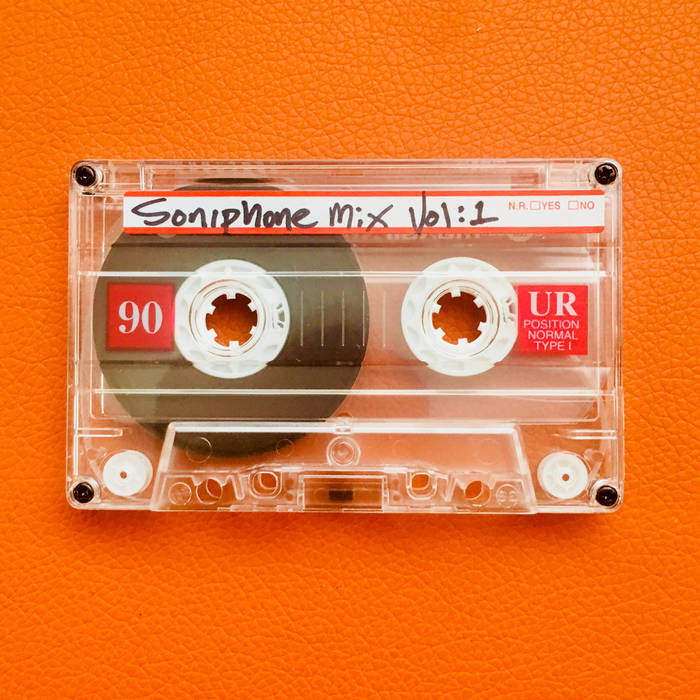 Our first mixtape compilation features artists that have either released material with Soniphone Records in our first four years or who have been produced by Johnny Lee Ledford at Soniphone Studio for other independent record labels.

Hilary McGowan is a one-woman wonder. She has been DJing at local public radio station KSER for a few years now under the moniker goawaysun. She has also been seen spinning tracks at venues around and out of town as well as performing her own material solo or with backing musicians. Alongside all of this runs a thread of digital artwork that informs the rest. And the best part about it all is that goawaysun does this without needing your approval. Goawaysun has never explicitly stated her feminism, never shouted it out: it’s simply present in every action she takes, and it’s awesome to behold. - Christine Mitchell, Seattle Music Insider

The Moon Is Flat:

"Front man and guitarist Kirk Rutherford and drummer Thys Ferwerda have been enmeshed in the Everett scene for years. You may not realize it, but they’ve played Fisherman’s Village Music Festival for several years running, both as TMIF and in their previous band, Shark The Herald. Back in 2014, both Shark The Herald and Soniphone Records popped up on SMI’s radar due to the band’s grungy, heady sound and the sheer audacity that anyone would dare to start a label in Everett. Since that time, Rutherford and label owner Ledford’s visions have morphed and expanded in ways that have cemented their place in Everett’s local scene and beyond." - Christine Mitchell, Seattle Music Insider

"Sleepwell Citizen is a stalwart Everett band that has weathered the years (and a name change), and they started the musical portion of the evening off with a set of familiar, well-executed originals. Their post-prog-grunge sound would pair nicely with Wild Powwers’ 90’s acid-drenched music (indeed, both bands played Fisherman’s Village last month). Ty, Evan, and Joe have played less frequently lately than they have in the past, but you couldn’t tell: the trio’s performance seemed as effortless as it was intricate. Tyson Lee’s hair flew (when he didn’t have his man-bun in) along with the flying fingers on his fretboard, Evan Smith’s dark-chocolate bass playing was pleasingly chunky and mathy, and Joe Jarvis’ made liberal use of his extensive drum kit. It was an absolute joy to see this band, who have played in many hole in the wall joints along I-5, play in such a beautiful, well-lit setting. It was a little bit like church…only kickass." - Christine Mitchell, Seattle Music Insider.

Up & coming singer/songwriter from the Wenatchee Valley. Specializing in somber melodies with pop-friendly arrangements, he's recently been claiming his own spot in the local music scene.
His first EP "Nightmare City" was released in November of 2016.
He also is the host of "Sounds of the Valley" on KORE FM Radio.

The band broke up in 2015. Lead singer Kirk Rutherford, and drummer Thys Ferwerda started forming their new project The Moon Is Flat shortly after.

Signed to TBTCI Records. Started as side project by Jeff McCollough a former founding member of 1990's Seattle Shoegaze band Lapis. In 1998 the project took a backseat to several other endeavors. After a year Jeff had literally worked on over 25 recordings. He would work long into the night using various vintage technologies to create the sonic atmospheres. After a couple large and painful events he got back to work crafting sonic mayhem and he started to piece together the kind of sonic patchwork he wanted. In its 8th year Jeff decided to expand and add industrial to the mix as a result what was once 2 side projects became a well-oiled machine. Fusing the ambient and industrial sounds with Jeff's love of noise and shortwave radio. He added the skills of Ben Madonna on the drums making Blackpool Astronomy a band instead of a solo project. The band released its first release in 2010. The entire album dealt with the hopelessness experienced on all sides of the Iraq war. As thing happened Jeff and Ben found themselves writing more and the bent of the songs while political expanded on the huge sounds was getting from his combo of multiple amps and pedals. The sound started to veer towards more of a gothic shoegaze with a heavy psych bent. They dumped all the material from the first record to write a new set of songs and in January 2014 they went into studio and created “Tripping The Mortal Coil” which was a collection of song inspired by the events around them including a tragic loss of Jeff’s father to cancer and the grief he was feeling. The album made social comments on the state of the City of Seattle that the band hails from as well as talked about greed in all its forms. While bringing a much more open sound which has gotten them high marks from various radio stations, fans and radio stations. The album while not yet released is getting high marks from those who review it. The band will continue it’s forward progress and 2015 will be the year the band gains a wider audience.